After a career spent training and competing through the pain, the former Dallas Cowboys quarterback got to the core of the problem.

This article appears in the wall street journal.  Click here for its full print version.

When Troy Aikman retired from the National Football League after 12 seasons as the Dallas Cowboys’ quarterback, he was determined to keep training as hard as ever, out of fear he’d become an “overweight retired guy,” he says.

Mr. Aikman, the NFL’s No. 1 overall draft pick in 1989 and a Pro Football Hall of Famer, led the Cowboys to three Super Bowl titles. Back pain eventually ended his career in 2001. 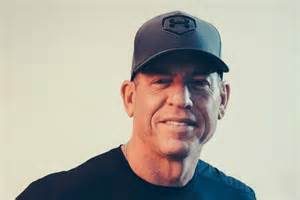 “I’ve never not worked out,” says Mr. Aikman, now a television commentator and lead analyst for NFL on Fox.

Because his initial back injury occurred while he was doing squats, Mr. Aikman had always concentrated on running, lifting light weights twice a week and avoiding intense lower-body exercises. For the past decade, he has worked with Dallas-based personal trainer Jason Harnden.

The Fight Against Lower Back Pain Starts at the Bottom, With Your Glutes

Running was exacerbating Mr. Aikman’s back pain, Mr. Harnden says, because he didn’t have proper core and pelvic stability. “The biggest mistake people make, especially runners, is thinking they don’t need to do resistance training for their legs because they run,” Mr. Harnden says. “This is how imbalances occur.”

“I have this mentality that if you don’t sweat, it’s not a workout,” Mr. Aikman says. “But I realized seven days a week of running was doing more harm than good to my body.”

Now, he incorporates spinning and stretching and does smarter strength work. He takes Sundays off during the NFL season. “Instead of going to the gym in the morning, I go to the stadium and enjoy the energy of game day,” he says.

Mr. Aikman does four one-hour strength workouts a week: one for muscles in the front of the body, one for the back, one for core and one full-body.

To work his core and back, he’ll do pushup-to-plank rows.

He does 45 to 60 minutes of cardio five or six days a week. He mixes up 6- or 8-mile runs with interval work on the treadmill. In summer, he runs on the Katy Trail in Dallas. “The hotter the better,” Mr. Aikman says. 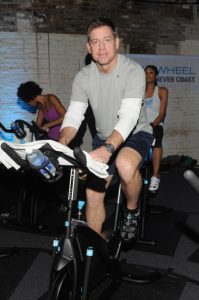 His oldest daughter, Jordan, 15, sometimes joins him for spin class at Flywheel. He tries to stretch his hips and hamstrings for 10 minutes when he wakes up and before bed.

Mr. Aikman always ate well but says he started eating a more balanced diet after his divorce in 2011. “I used to make the same dinner every night—chicken and pasta,” he says. “My two girls live with me full time, and I knew they’d tire of that.” He hired a cook to prepare meals for the week, which the family reheats. “My only directive was that he prepare ultra-healthy foods,” he says. “It’s made a huge difference in how I feel.”

For breakfast, Mr. Aikman eats egg whites or makes oatmeal pancakes with bananas, honey and pecans. If he’s on the road, he might grab a smoothie. Lunch or dinner might be grilled chicken or salmon and steamed broccoli. “I’m a pretty boring eater,” he confesses.

A 20-class pack at Flywheel costs $420. He wears Under Armour athletic apparel and sneakers. His Fitbit Surge retails for $249.95.

Bruce Springsteen, John Mellencamp, Bob Dylan and Van Morrison are on Mr. Aikman’s playlist. He often uses Pandora when he works out. If he’s on the treadmill, he might watch the news or ESPN.

Our trainers are certified, experienced, & knowledgeable in guiding you to reach your fitness goals.

Our fitness center offers a number of diverse classes to help you train in equally as diverse ways.

Our fitness center has a number of incredible classes and amenities for our members, including massage!

Fitness is a balance of so many important things, and one of the most important components of a healthy lifestyle is nutrition.